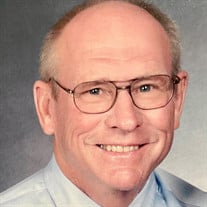 Dennis Lee Bobb, lifetime farmer and pioneer tractor puller, died on February 15, 2022, at his home in Paris Crossing, Indiana. Born April 1, 1941, he was the son of the late Omer and Cornelia VonDielingen Bobb. Dennis, who was born and grew up near Dudleytown, Indiana, graduated from Tampico High School and served in the Indiana National Guard. He farmed before, during, and after his service and farming was his lifetime career. In 1971, Dennis married Esther Righthouse Barrett and together they raised Esther’s three girls and Denise Lynn Bobb, his only daughter. He is survived by Esther, his wife of 50 years, Kimberly (Larry) Hodge, Summitville, IN, Connie (Mark) Johnson, Crothersville, IN, Carol Worley, Camby, IN, and Denise Bobb, Paris Crossing, IN. He was preceded in death by his brothers Marvin Bobb and Danny Bobb. He is also survived by his brother Eugene (Brenda) Bobb, Vallonia, IN, Diana (Paul) Barrett, Elizabethtown, IN, and sister-in-law Brenda (Danny) Bobb, Crothersville, IN. He is also survived by nephews Randy Bobb, Crothersville, IN, Roger (Sonia) Bobb, Crothersville, IN, Michelle (Mike) Otto, Columbus, IN, Aaron Bobb, Shelbyville, KY, Julie Moss, Elizabethtown, IN, Blake Bobb, Vallonia, IN, Kelly (David) Ferguson, Madison, IN, Samantha (Bradley) Schepman, Paris Crossing, IN, and Corey (Tomie) Bobb, Tampico, IN. He is also survived by 10 grandchildren and their spouses, 14 great-grandchildren, and many great nieces and nephews. Dennis was a long time tractor puller and together with his brothers (Marvin and Danny), they were pioneers in tractor pulling and known for their fearless Allis Chalmers pulling tractors. The Bobb Brothers were featured in the Puller magazine in a Legends article by Author Dave Dann and made significant contributions in the evolution of the sport. Their successes included: a class win at the Indy Super pull, a season points championship, 15 National event wins between 1972 and 1975, and Danny being named as the National Tractor Pulling Association's Super Stock Puller of the Year in 1973. In later years, pulling fans around Indiana could often find the Bobb's pulling a pair of Allis Chalmers D-21's in Pro Stock and Super Farm classes. Dennis was an avid tinkerer and builder. He had a number of tractors that he had built from parts as well as a few one-of-a-kind creations. Dennis' "Johnny Cash" line of tractors (so named because they were built "one piece at a time") drew much attention when they were displayed at local Allis Chalmers events, and the county fair. Also, the display Dennis created of replicas of the family's former pulling tractors around a tree in his yard became a widely known local landmark. A celebration of life (open house) for Dennis will be held at his home on Sunday, February 20 from 1 pm to 4 pm. In lieu of flowers, the family asks that contributions be made to Emmanuel Lutheran Church in Dudleytown, IN. Arrangements entrusted to the care of Burkholder Chapel of Thorne-George Family Funeral Homes, 419 N. Chestnut Street, Seymour, Indiana. Condolences may be expressed at www.burkholderfuneralchapel.com.

Dennis Lee Bobb, lifetime farmer and pioneer tractor puller, died on February 15, 2022, at his home in Paris Crossing, Indiana. Born April 1, 1941, he was the son of the late Omer and Cornelia VonDielingen Bobb. Dennis, who was born and grew... View Obituary & Service Information

The family of Dennis Lee Bobb created this Life Tributes page to make it easy to share your memories.

Send flowers to the Bobb family.