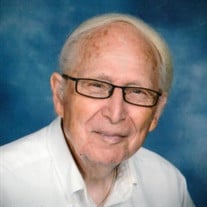 Jewel Fleetwood, 86, left us unexpectedly on December 24, 2020 and now is at peace with Jesus. He has joined those who have gone before him, including his beloved wife (Leona) of 65 years whom he recently lost. He was born March 1, 1934 to Elmo and Mabel Fleetwood, both deceased, of Acme, Indiana. They had five children, two of whom died in infancy. His brother, Gerald, predeceased him and Louis Fleetwood is his surviving sibling. He and Leona have six children: Gregory Fleetwood of Columbus; Angela Fleetwood of Indianapolis; Ramona Fleetwood of Columbus; Melanie (Tom) Stevens of Indianapolis; Matthew (Tina) Fleetwood of Seymour; and Stephanie (Christopher) Burton of Edinburgh. Six grandchildren who were a delight to spend time with are: Cody (Emily) Fleetwood; Bradley (Renee) Stevens; Amber Fleetwood; Blair Stevens; Brianna Fleetwood; and Tanner (Graylyn) Fleetwood. Two great-grandchildren, Zoe and Renlee Fleetwood, completed the family. Jewel graduated from Cortland High School and was class president in his senior year. He lived with his parents in Acme until he was 19 and then enrolled at Indiana University where he received his B.S. (1957) and M.S. (1966) in education. While at I.U. Jewel won the singles and doubles horseshoe pitching championship. He joined the Army Infantry for a period of time and quickly rose through the ranks to Captain. He enjoyed teaching at Freetown High School, Cortland High School (his alma mater) and Clearspring High School both as a teacher and assistant principal. He also served as principal (Grades K-12) at the Metropolitan School District of Vernon Township (Crothersville). In 1969 they moved to the present family home in Columbus when Jewel accepted a teaching position in Language Arts and became the department chairperson at what was then Southside Junior High School. He finished his teaching career at Central Middle School retiring after 36 years as an educator/administrator. Teaching was Jewel’s greatest passion because he was able to influence a number of students who had a thirst for learning. He could hardly go out in public without one of his former students acknowledging and speaking highly of him. Jewel’s love of teaching carried over to church where he taught Bible School classes for teenagers and adults. He was a Sunday School superintendent and also served as an elder for over a decade, including a stint as chairman of the elders, at Garden City Church of Christ. Their children were raised in the church. For a number of years while on summer break Jewel took on painting jobs first with a relative and then a fellow teacher. Besides pitching horseshoes he also enjoyed fishing, bowling with a church league, raising a large vegetable garden and working in flower gardens. Additionally he wrote lyrics for countless songs, some of which were recorded on CD, as well as articles for publication. Later in his teaching career and even post-retirement Jewel started his own real estate company called New Life Realty as the solo broker. He then joined other real estate offices in Columbus over the years, ending with Coldwell Banker, when he decided to retire from a second profession. Jewel and Leona served as chaperones for several senior trips to Washington, D.C. when he first started teaching. They also enjoyed traveling to various destinations over the years with both family and friends. They belonged to a couple of different card groups, including one from church, and enjoyed the spirited gamesmanship and fellowship. Their dog, Sabre, was a buddy to him in recent months and Jewel was always saying he would be lost without him. Sabre helped to ease his loneliness and kept him going. He enjoyed reading and watching Westerns with his faithful companion by his side. Jewel was an avid reader of the Bible as well and was constantly researching and referencing scripture passages. He had a strong desire for people to come to know the Lord and live by His Word. He had a spark and spunk for life, often joking, and enjoyed the companionship of friends and love of family. Though he is no longer present with us he will always live in our hearts. We look forward to the day we can reunite with him for eternity. Visitation will be from 11:00 a.m. to 1:00 p.m. with the funeral service to follow at 1:00 p.m. on Saturday, January 9, 2021 at Garden City Church of Christ, 3245 Jonesville Road, Columbus. Interment will follow at Acme Cemetery. Due to COVID-19, face masks will be required and social distancing will be practiced. If you would like to honor his memory with a contribution you may do so to either Garden City Church of Christ or Burkholder Chapel of Thorne-George Family Funeral Homes, 419 N. Chestnut Street, Seymour, Indiana. Please share memories or condolences at www.burkholderfuneralchapel.com.

Jewel Fleetwood, 86, left us unexpectedly on December 24, 2020 and now is at peace with Jesus. He has joined those who have gone before him, including his beloved wife (Leona) of 65 years whom he recently lost. He was born March 1, 1934 to... View Obituary & Service Information

The family of Jewel Fleetwood created this Life Tributes page to make it easy to share your memories.

Send flowers to the Fleetwood family.